What is Timber Frame Design? 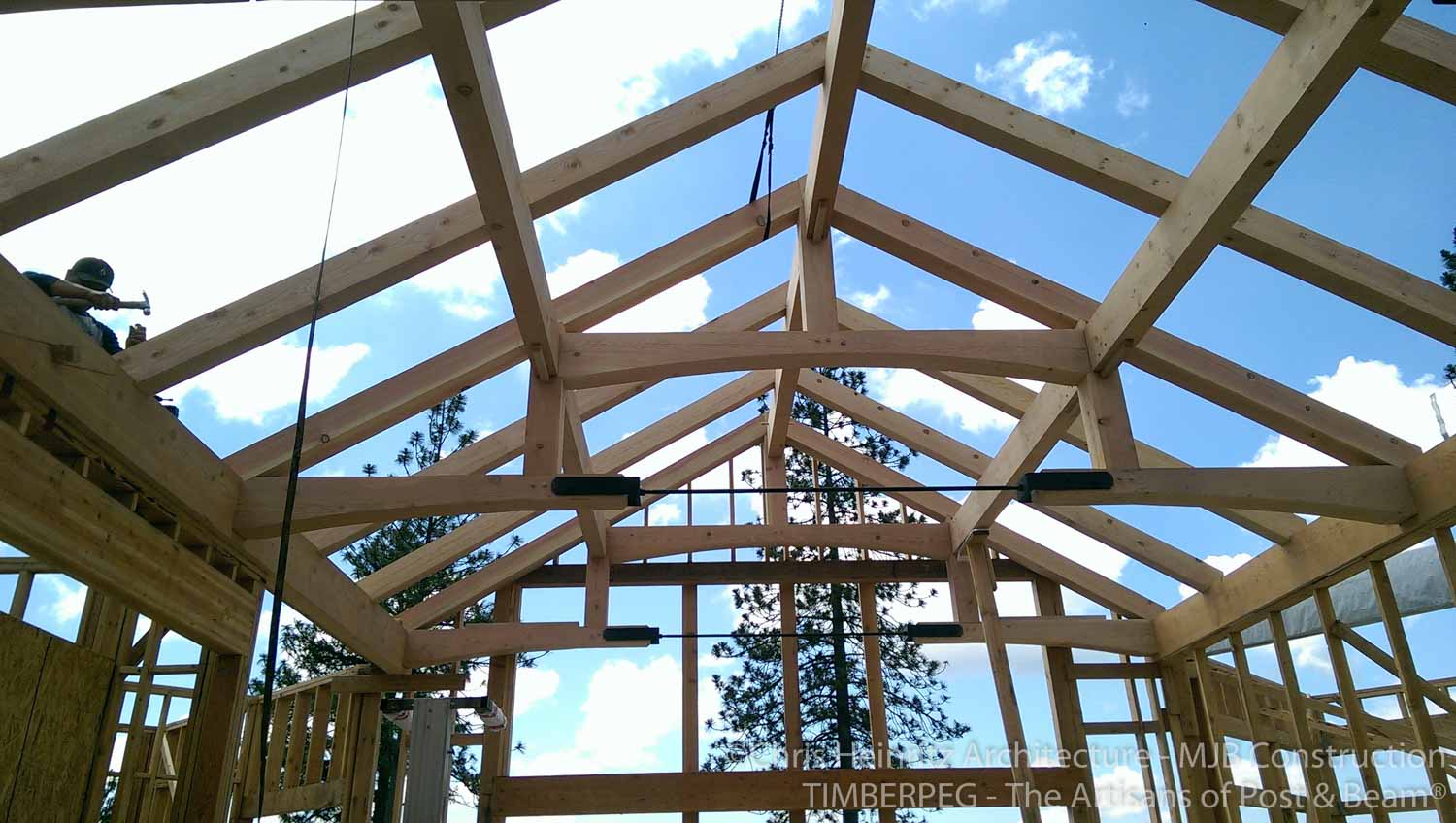 Timber frame design is based on the post and beam structural system. Also called “post and lintel,” this is one of the oldest construction methods known.

Used by the Egyptians, Greeks and other early builders, the tradition arrived in New England from Europe and consisted of wooden posts and beams, cut and shaped by hand and connected using wooden mortise and tenon joinery.

These large, solid timbers were felled and shaped locally using axes and adzes, and then erected as “bents” into braced frames. The post and beam frame was structural, and not exposed to view after the seventeenth century. Instead, walls of lath and plaster, siding, and clapboards or shingles enclosed the frames, and any protruding posts were cased in pine.

In the United States during the 1970s, there began a revival of traditional post and beam construction, based on the earlier styles. These frames were featured as decorative elements and exposed on the interior of the buildings. The walls were attached to the outside of the structural frame, giving great freedom in the placement of doors and windows.

At that time Timberpeg® developed its “wrap and strap” system, which uses horizontal beams, or girts, and rigid insulation applied to the outside with wood siding fastened to strapping. This resulted in a continuous exterior insulation envelope and a vented wall, the best way to ensure the longevity of wooden siding.

Timberpeg also offers structural insulated panels, which are used by most other timber frame producers. These consist of rigid foam insulation with either oriented strand board (OSB), on the outside and gypsum wallboard (GWB) on the interior, or OSB on both surfaces with separately applied GWB (the preferred method).

Unfortunately, wood to wood connections have not as yet been extensively tested in laboratory conditions, and modern building codes refer to steel straps, nails and connectors. Therefore, even though traditionally framed wooden post and beam buildings have survived for centuries, structural engineers may require the use of steel in order to satisfy some code requirements, particularly where there are high snow or seismic loads.

Timberpeg uses solid timbers and traditional joinery wherever possible, and only uses hidden steel connectors, not visible on the inside of the building, when required to meet code. Our timber frames feature solid eastern white pine, Douglas fir and western spruce timbers, connected by oak pegs. Roof systems feature either common rafters or bents.

The original Timberpeg buildings tended to be small, and by using common rafters avoided large crews or cranes. Today many builders use a crane to place rafters and the highest beams. Our framing system is based on standard sizes and a four-foot module.

There are several standard frame types, each of which can be extended using sheds. The result is a simple and versatile timber framing system capable of being adapted to a wide variety of plans. The only limits are structural ones, resulting from local conditions and the inherent strength of the species of wood being used.

Virtually any design concept can be expressed using timber frame design, and with each project Timberpeg designers discover more and more creative possibilities.