Freeing The Bathroom From The Past 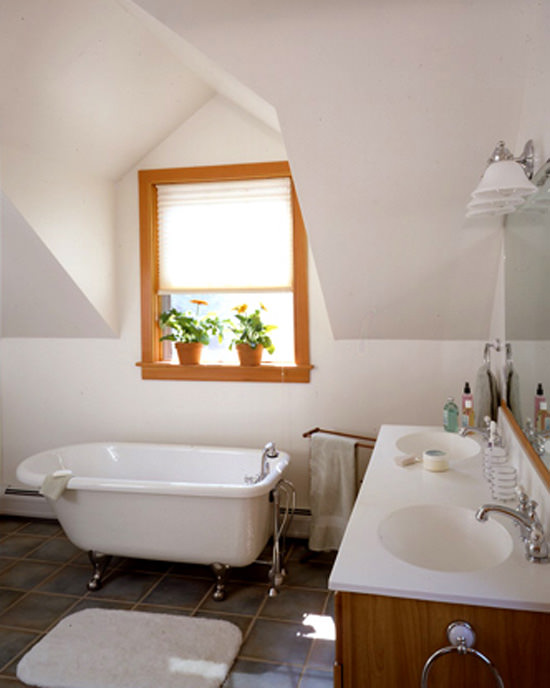 When indoor plumbing started to become common in Europe around 1870, there were two distinct directions for the toilet. In the large homes of the wealthy, entire large rooms were converted into bathrooms. These rooms would house a shower or bath, toilet and sink, much like a modern bathroom. In smaller homes, the various fixtures were kept separate as they had been previously. The toilet was placed wherever possible, often in a closet. This gave rise to the term water closet, which also contrasted with outhouses which were called earth closets.

In America, there was a great deal of new construction and bathrooms made their way into new homes first. These bathrooms of the early 1900s already had all the features of the modern, typical bathroom. The sink, toilet and shower were all arranged along one wall, which made plumbing easier and less expensive. The materials were primarily tile and porcelain, reducing the large amounts of wood used in European bathrooms.

While the materials and décor may have changed over time, the basic layout of the bathroom has been essentially constant for a hundred years. Most bathrooms are still constructed in one room, and usually a small one at that. Experts have argued that separating the various fixtures of the bathroom is the best idea for hygiene and efficiency, but most bathrooms in homes today follow the patterns dictated by inexpensive plumbing. 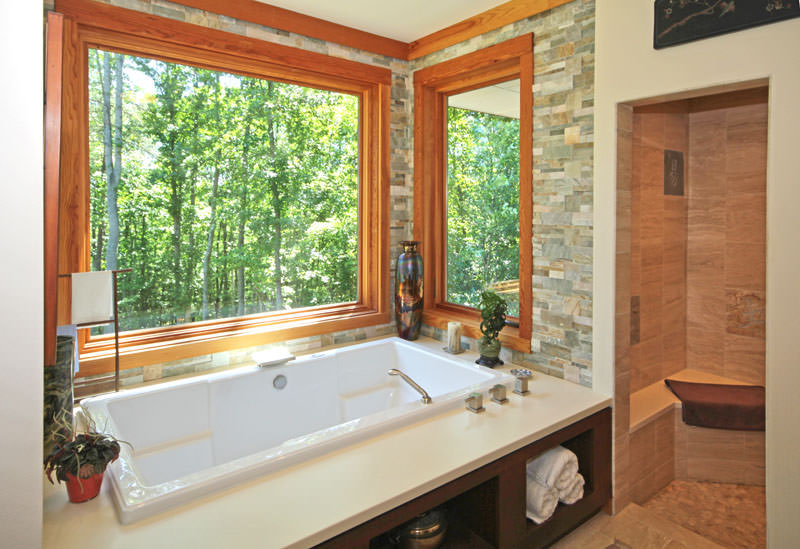 One of the best aspects of building your own home is designing each space to fit your needs. If you’re someone who loves to take baths, then there’s no need to compromise. You can build an outstanding walk-in shower and separate, elevated soaking tub, instead of the poor compromise shower/tub combo that is too small to be a proper tub and too tall to be a great shower. You can have the toilet located in a separate small room of its own, increasing hygiene and usability of the bathroom. 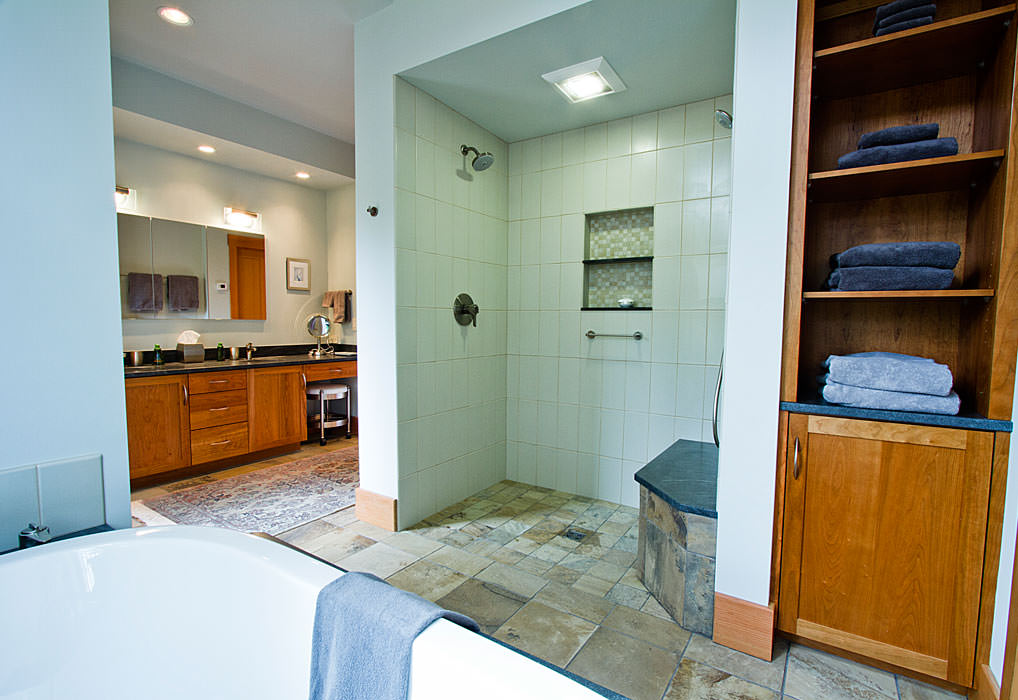 Some past trends in bathroom design are making a resurgence, as well. A current trend is to use re-purposed cabinets as vanities, topped with vessel sinks. This choice evokes the aesthetics of wash basins before the advent of indoor plumbing, while maintaining all the modern conveniences. 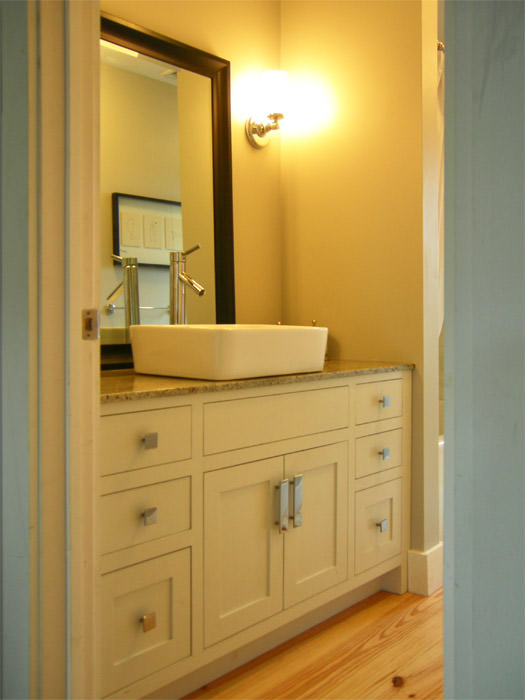 Whatever your ideal is for a bathroom design, it would be a perfect complement to a new timber frame home. Please contact us today to get started on designing a home, and bathrooms, that will please you for years to come.