The garage has become an icon of American life, but this was not always the case. A century ago, essentially no new houses were built with garage facilities. After World War II, the rise of the suburbs and commuter culture assured that the majority of new homes came with a garage. Now, the garage is much more than a space for storing cars, as it often also serves as workshop and entertainment space. Here we will discuss the development of garages and the impact this has had on post and beam home construction.

Prior to the widespread adoption of the automobile, most non-farmhouses did not have need for storage space accessible to the outdoors. More affluent city dwellers, who could afford to keep horses and carriages for personal transportation, would have storage buildings for the horses and equipment. Sometimes these would be kept in the same building, but most often the horses were housed in a separate stable and the carriages and tack were stored in a separate carriage house. Since the horses would be kept away from the living quarters for sanitary and aesthetic reasons, the carriage house was also kept detached from the house. 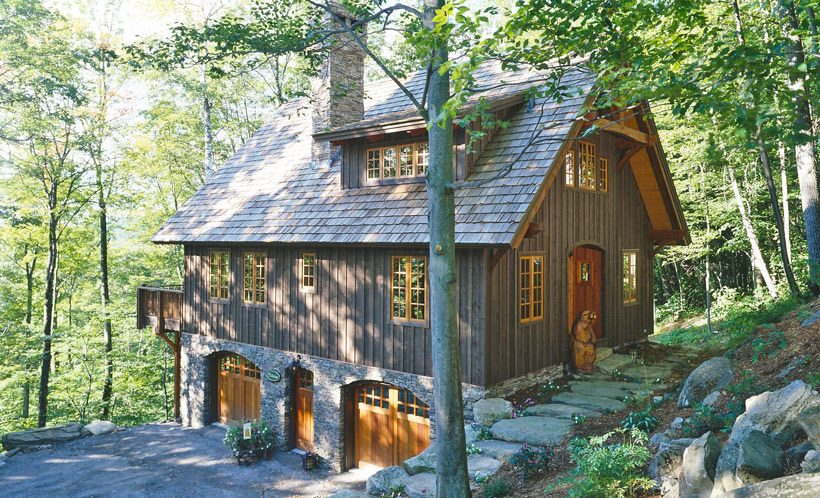 Since the first automobiles were also luxury items, owners would keep their cars in the carriage house along with, or instead of, their horse-drawn carriages. By the mid-1920s, horses had become less common, and cars were more prevalent. A garage (from an old French word meaning “to shelter”) for cars had become such a selling point by 1925 that real estate agents noted that homes without garages sold much more slowly than those with the important amenity. Despite the increasing dominance of cars, garages remained detached and modeled after barns and carriage houses.

The Depression and World War II stalled car development, but by the 1940s attached garages had begun to appear. Over time, the design of the garage became more integrated with the design of the house. In the 1960s and 1970s, about 60 percent of all new homes came with a garage. The automatic garage door opener became widespread in the 1970s, and with it the prevalence of garages increased even more. By 1990, the number of new houses with garages rose to 70 percent, and today about 80 percent of new homes are built with garages. The garage has become so widespread that 71 percent of all homeowners now primarily enter their houses through an attached garage. 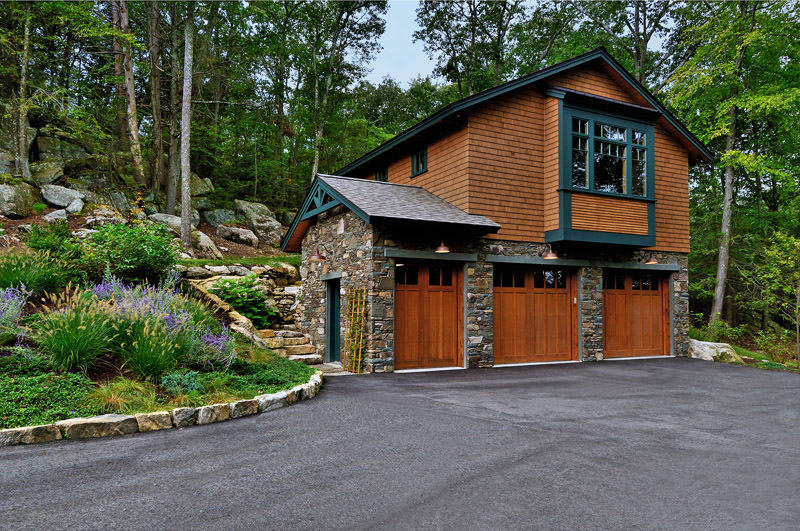 Although the separate carriage house has become far less common in modern homes, it continues to inspire a style of homes at Timberpeg. Since many carriage houses of old had living quarters for staff above the working levels, we have continued this tradition in designing new carriage houses. With garage space below and elegant post and beam living space above, these designs are perfect as a small home or guest quarters above a garage. If you’re interested in browsing carriage house plans, visit Timberpeg to see their floor plan collections, many with attached garages.