The Origins of the Timber Framing Tradition 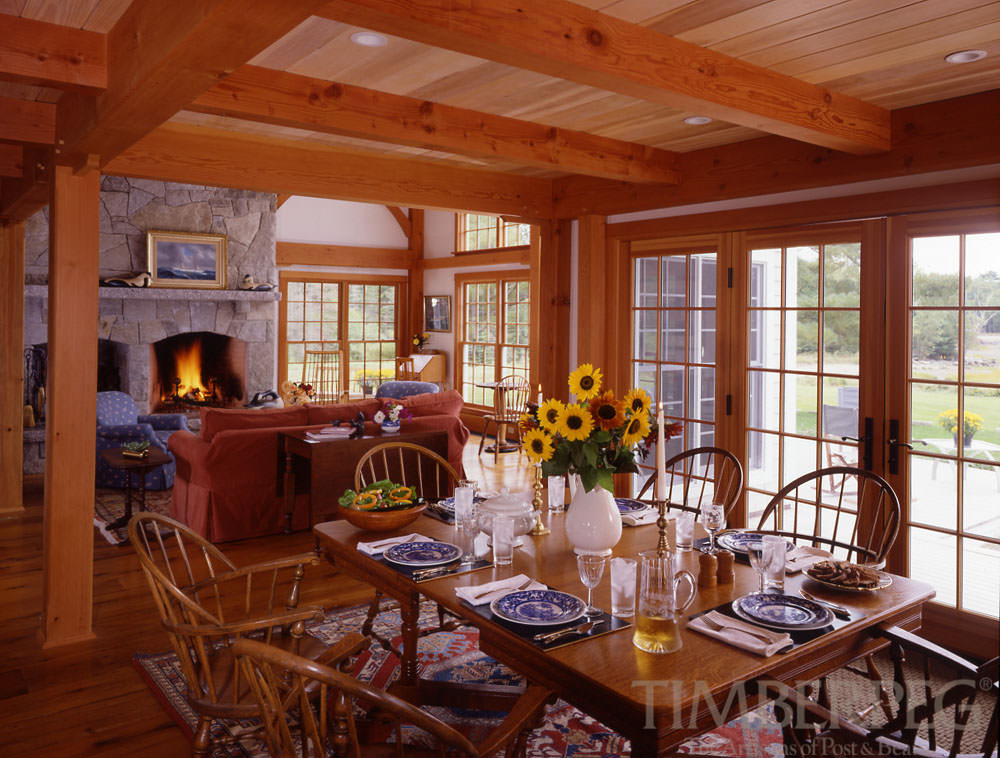 Wood is such a great building material that it is no wonder that its use predates history. Throughout the world, where trees were abundant, they were used to build homes and other structures. However, due to differences in resources available in different regions, timber framing developed uniquely in each region and was even absent from some regions. Here is the some of the back story behind the evolution of timber framing.

The major factor influencing whether a region developed a timber framing culture was the type of forests found in the region. Areas with softwood forests did not tend to develop timber framing. Since softwoods grow more quickly than hardwoods, and also tend to grow long and straight, these regions preferred to construct log homes instead. This is why Russia and the Scandinavian countries are better known for their log home cultures rather than timber framing. Throughout the rest of Europe, timber framing was more common.

Early timber framing used crude engineering, but modern timber framing developed around the time of ancient Rome. In fact, the 79 AD eruption of Mount Vesuvius preserved several timber frame structures at Herculaneum. These buildings were of half-timbered construction, with the posts exposed on both sides of the wall and filler made of woven sticks and plaster, called wattle and daub, in between the timber members. The Roman architect Vitruvius felt this construction method was a fire risk, but we now know that thick timers are actually quite fire resistant.

As the Roman Empire spread, their practices in timber framing spread with them. Timber framing became especially popular in what is now Germany, France and England. Half-timbered construction was still the prevalent form, and when you picture an English or German timber framed building this is likely what comes to mind. The German town of Quedlinberg has over 1200 half-timbered houses constructed over 500 years. The English developed the cruck truss, a medieval development that is still used today.

By 1500, the massive demand for wood had led to widespread deforestation in Europe and especially in England. Wealthy houses in England used a technique called close studding, where posts of approximately six inches were placed barely a post width apart from one another. This was not needed for structural reasons, but merely intended to show off the wealth of the homeowner. The English colonists in America used half-timbered homes at first, but quickly shifted to clapboard siding, which was also a traditional English building style.

We’ve focused on the development of European timber framing, since it has had the most influence on timber framing in America. However, timber framing has traditions throughout the world. Japan, for instance, has a rich tradition of timber framing. While it is referred to more often as post and lintel rather than post and beam construction, Japanese timber framing was also highly resistant to seismic stress and thus widely adopted. The pagoda at Hōryū-ji, for example, is a timber framed building that has been standing since about 607 AD, making it one of the oldest wooden buildings in the world.