A Question of Style: The Cape Cod House 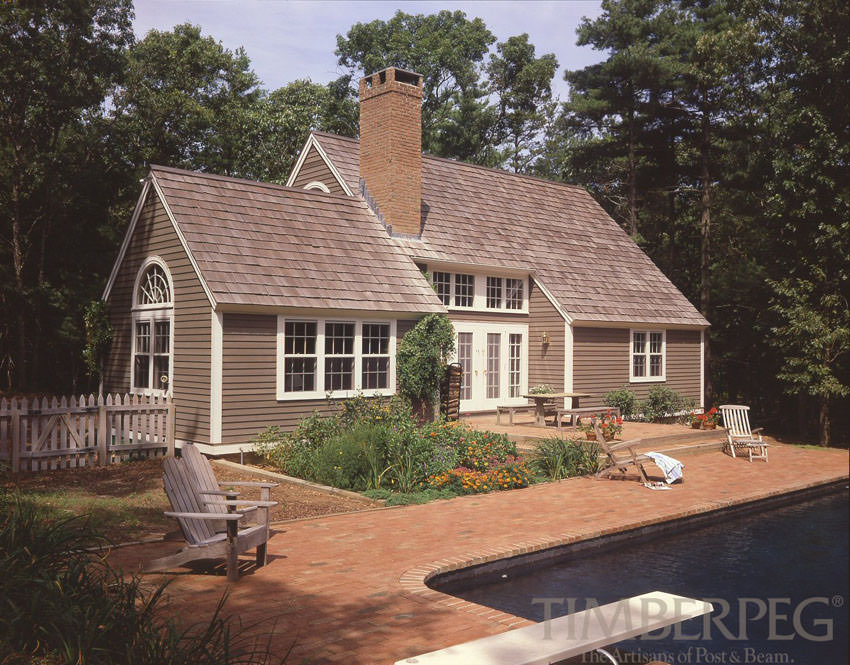 When reading about architecture, one often finds references to various house styles. To someone unfamiliar with various styles, descriptors like “colonial” and “saltbox” can be confusing at best. To further muddle affairs, these descriptors are often applied incorrectly. In this post, we will discuss the history and features of the Cape Cod style house. As its name implies, it originated in New England, but it remains a popular style that inspires Timberpeg homes to this day. 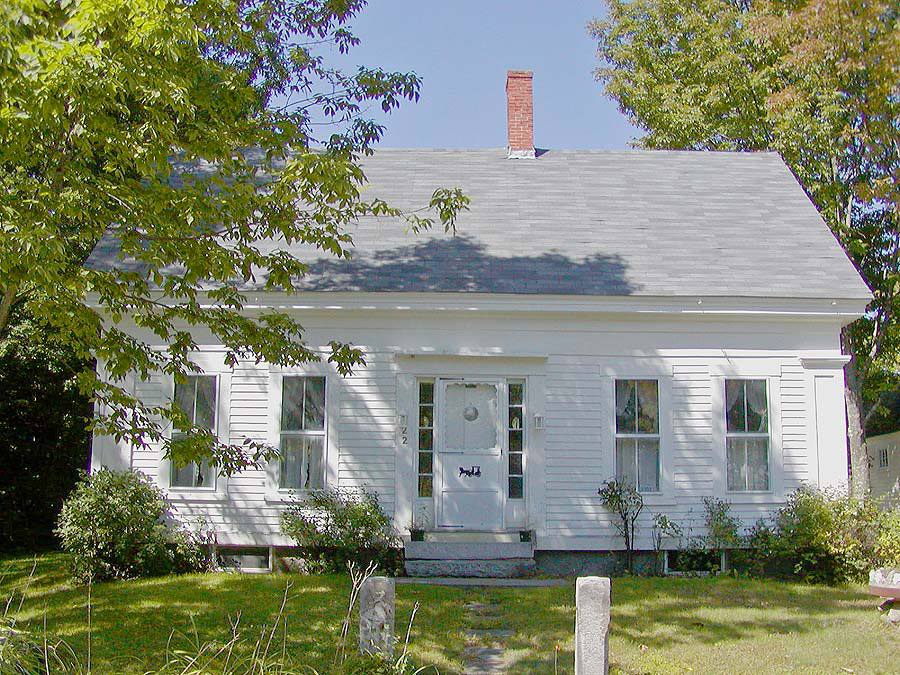 Historic Cape Cod houses like this one in Sandwich, New Hampshire have stood for hundreds of years. Photo @ Jackie Craven

The Cape Cod style house originated with English colonists soon after their arrival in America in the early 17th century. Since heavy snow loads can be expected in a New England winter, the roof was steeply pitched. Since space was tight on the upper floor, this space was used for storage or children’s bedrooms. For aesthetic reasons, an end gable configuration was used. In smaller homes, a “half-Cape” configuration was common, with a door on one side of the house with two windows to one side. Larger homes, including most examples surviving to today, were a “full-Cape” configuration, with the door in the middle of the house with two windows on either side.

The main floor of the house combined English design influence with the practical features necessary for colonial life. Cape houses used a modified hall and parlor plan, with the large hall for everyday use and parlor that served as the master bedroom. The cape plan, however, used one large central chimney rather than chimneys on either side of the house. The distinctive multi-paneled windows of a Cape style home were a practical response to the perils of shipping glass from Europe. Since smaller glass panes were less likely to break than a large single pane, it was much cheaper to assemble a window from many small panes.

While the Cape Cod style houses from colonial days were small and plain, modern day Cape Cod houses can be larger and more ornate. In the 20th century, builders began to add dormers to the upper floor, allowing for a more usable space while maintaining a Cape home’s visual appeal. With the advent of central heating systems, the chimney would often be moved back to the end of the house. Window shutters, which were previously an important functional item, became decorative or were removed entirely. While Cape style homes were originally sided with cedar shingles, other siding options like brick and stone have also become popular. Is a Cape Cod style home something you enjoy?  Leave us a comment and let us know your thoughts on the style.  And if you’re interested in building your own take on a Cape home, please contact Timberpeg, to get started on your own custom designed timber frame home.