The Increasing Popularity of Universal Design 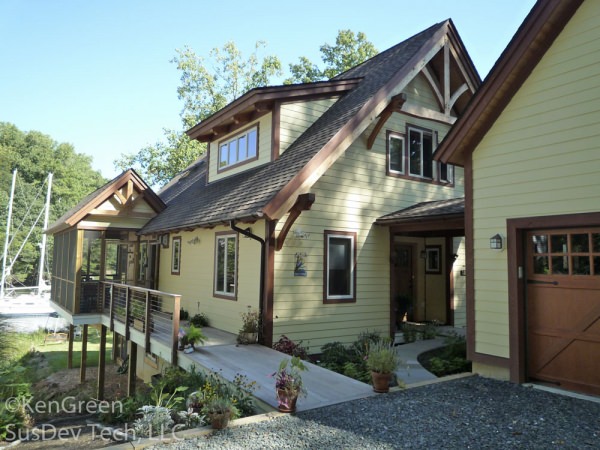 Last Year, we wrote a post about Universal Design (UD), which is the process of designing a home so people of all ages and motilities can live comfortably. With an increasing number of people building homes that they intend to live in well into retirement, there is now evidence that these UD principles are becoming popular in everyday home design. The American Institute of Architects (AIA) survey that we cited last week also included a section on popular special features in modern homes. The survey indicated that the following features were decidedly gaining in popularity.

It is probably no surprise, but the first-floor master bedroom was very popular with a difference between those who said it was increasing versus decreasing in popularity by 54 percent. Since traversing stairs can become more dangerous as we age, a first-floor master bedroom is a much safer choice. This choice also brings with it a great deal of convenience and stylistic freedom that makes it popular with homeowners of all ages.

The next most popular special feature, at 44 percent, was designing a super-insulated house. While this may not seem like an accessibility concern, it is a feature that is even more important to homeowners after retirement. Since energy costs are bound to increase over time, a poorly insulated house will cost more to run as time goes on. A well-insulated home makes utility bills cheaper and makes it more likely that a homeowner can stay in their home as time goes on. Of course, timber frame homes are a great choice for this feature since their construction allows for very tight and insulated buildings.

Features that make entry into the home easier were also very prevalent in new home construction. Many homes are being built with an at-grade entry, so no steps are required to enter the home. Others have provisions for elevators inside or ramps instead of exterior stairs. Also, more homes are being built with lever handle doors rather than doorknobs, since levers are easier to use with less grip strength.

One last feature provides both luxury and accessibility. Multiple laundry rooms were also a very common choice, at 25 percent. If hauling laundry up and down stairs is difficult, then having separate laundry rooms on each floor can be much safer. Additionally, having laundry on each floor means a great deal of convenience as well.

We hope this renewed look at Universal Design has shown how it can seamlessly blend luxury and accessibility. If you would like to get started designing a Timberpeg home for now and for the future, please contact us.