The Topping Out Ceremony 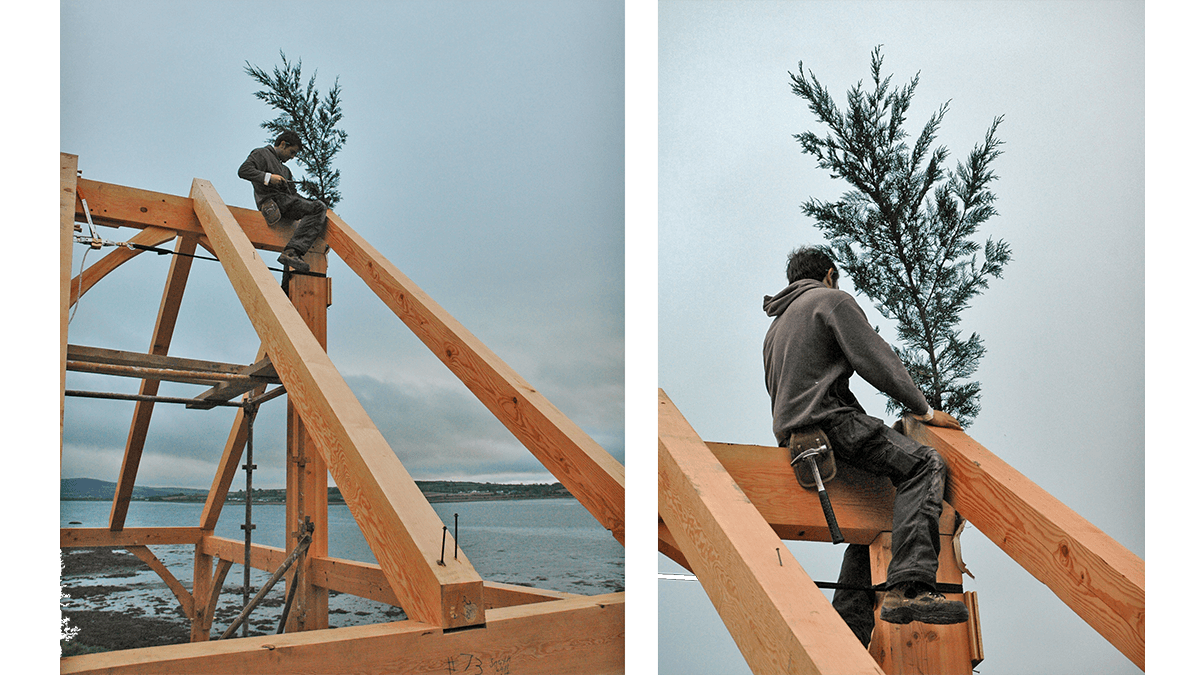 The topping out ceremony is held once the last beam is placed atop a structure. There is evidence that this practice dates to at least 700 AD. Scandinavian mythology at the time held that each tree had a spirit of its own, and that people originated from trees and returned to trees after death. Before constructing a home, the builders would ask the forest to allow them to use a tree. After the home was constructed, the highest leafy branch of the tree was attached to the roof, so that the tree spirit might still have a place to live.

Over time, the mythology evolved and instead of multiple tree spirits there became only one forest god. Now, the tree branch was attached to the roof as reverence to the forest god. Like many traditions, the topping out ceremony made its way to the rest of Europe and eventually to America. It has thus been a part of the timber framing culture in this country since the beginning.

In the earliest versions of the ceremony, the branch was quite naturally collected from a tree used in the construction of the home. As building became more industrialized, the trees used also changed. Most buildings still topped out with a fir tree, although the use of other trees like yew also became popular. Although the tradition is not common in stick-built construction, it is widely practiced by iron workers today. Iron workers frequently use trees when topping out their structures, but also use flags or a combination of flags and trees. Perhaps the highest structure ever topped out with a tree was the Warsaw radio mast, which was over 2100 feet tall.

Regardless of the structure being completed, the topping out ceremony is always a cause for celebration. There is usually a toast, and sometimes a meal is served. For large structures like bridges or skyscrapers, the topping out ceremony is usually a large media event. The Dutch have an associated tradition called pannenbier. The national flag is hung from the highest point of the building, and only lowered once the building’s owner provides free beer to the builders.

We hope you’ve enjoyed this look at the topping out tradition around the world. If you’re looking forward towards topping out your own timber frame home, please contact Timberpeg today.