Of Witches and Widows 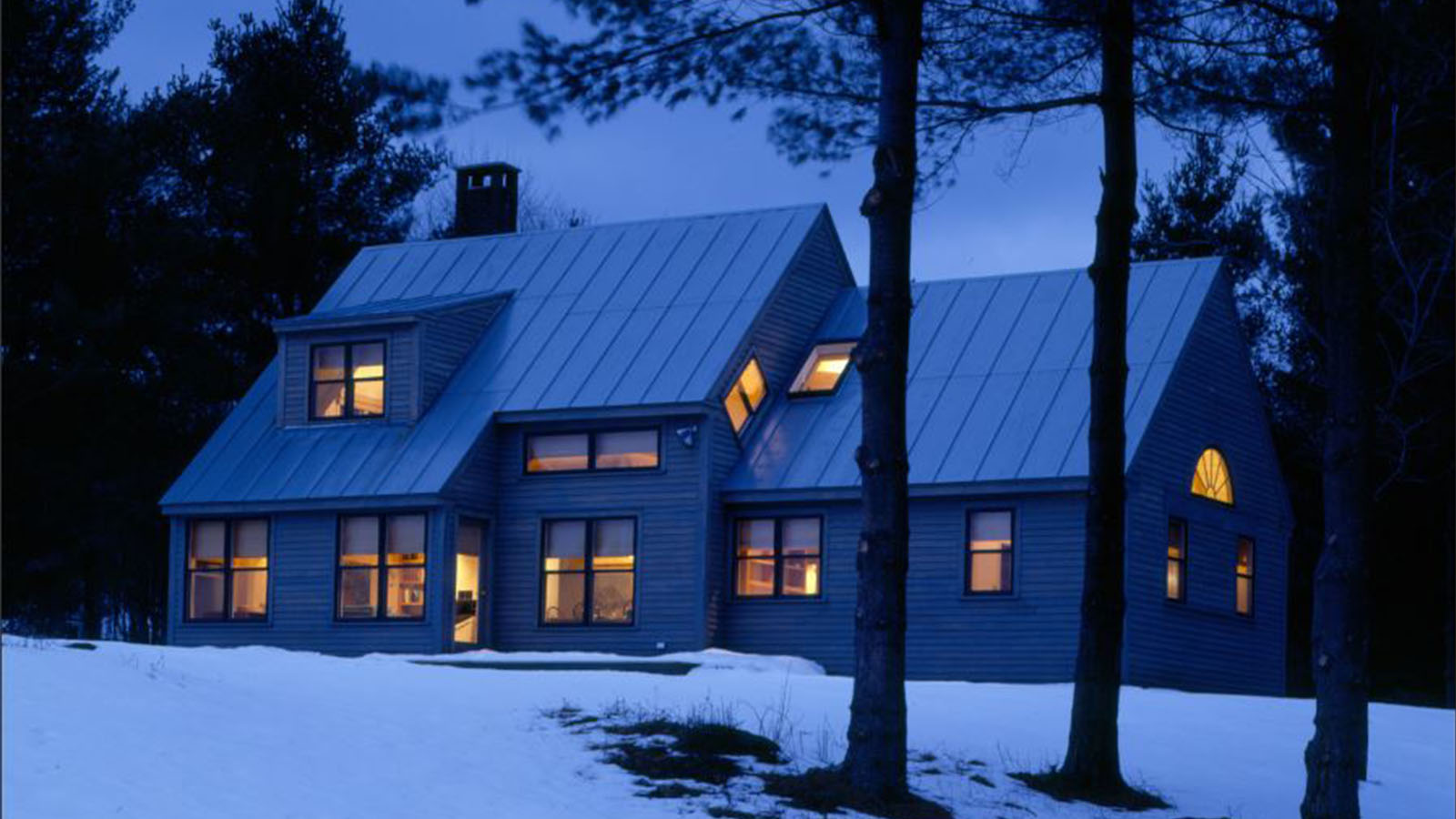 With Halloween coming up Monday, we thought now would be a great time to talk about two architectural features with appropriate names for the holiday. Both features are common in the Northeast, with one most popular inland and the other a common site on the coasts. Here is the interesting history behind each features name.

The first feature is the witch window, which due to its popularity in the state is also known as a Vermont window. The witch window is a double-hung window that is placed in a gable-end wall and rotated so that it aligns with the roof pitch. This allows the window to fit between the narrow space of two adjoining roof lines. While this may look like an act of whimsy on the part of the home designer, it served the purpose of providing light and ventilation to upper floors in 19th century homes. Today, although no longer necessary, it is still found in new construction in the region.

The interior room with the witch window also has low windows in the knee wall.

Today, to provide more light (and space) to an upper-floor room, we may use dormer windows or skylights. However, skylights were not practical in centuries past and dormer windows also required difficult modifications to the roof that tended to cause heating loss and leaks. The witch window was a great solution to this problem, keeping a full-size window in the wall where it is easiest to accommodate. The use of a regular window here, rather than a specialized one for the space, is in the tradition of Yankee thriftiness. The name “witch window” probably came from the superstition that witches cannot fly through an angled window.

A widow’s walk on a coastal home.

Moving to the coast, both in New England and the rest of the Atlantic seaboard, we find an interesting feature called a widow’s walk. This structure is usually a railing-enclosed platform at the top of the roof, also common in 19th century homes. The name is said to originate from the wives of sailors, who would look out to the ocean futilely awaiting their husband’s return to port. In other regions, they may be called captain’s walks, as they were found on the homes of more successful captains and merchants.

In reality, widow’s walks were just a common feature of Italianate architecture. This style became very popular in the second half of the 19th century, at the peak of the age of sail. As such, it can even be found on some inland homes of the period as well and is still a somewhat popular feature in coastal regions. In colder areas, a 19th-century enclosed widow’s watch may be preferred to the open variety.

If none of your windows are tilted, we hope you protect them from witches this Halloween. Whatever region you live in, we’d be thrilled to build you a timber frame home incorporating unique and interesting features. Please contact us today to get started with your home.